Jennifer Milliken is a seventh year doctoral student in the clinical psychology program at Northern Illinois University. She earned her B.A. in Psychology from the University of Wisconsin Milwaukee in 2011. Her undergraduate research experiences focused on anxiety related disorders and women's responses to the threat of sexual assault.

Jennifer earned her M.A. in clinical psychology from Northern Illinois University in 2017. Her research interests are broadly focused on the effects of traumatic experience(s), with particular interest in emotion regulation and memory. Her dissertation is investigating the role of alexithymia and emotion regulation on trauma memory. Jennifer is currently on internship at Bay Pines VA in Bay Pines, Florida.

She earned her B.A. in Psychology from the University of California, Berkeley in 2011. Her undergraduate research examined the impact of mental disorders on relationship functioning and couple satisfaction. After graduating, Mikhaella assisted in clinical trial research involving trauma-exposed populations at the San Francisco VA Medical Center where she facilitated recruitment and collection of physiological measurements among other responsibilities. 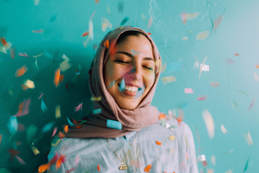 Email: zdadouch1@niu.edu
Curriculum Vita
​
Zena is a fifth-year doctoral student in the Clinical Psychology Program at Northern Illinois University. She earned her B.A. in Psychology in 2015 from the University of California, Berkeley. Her undergraduate research experiences incorporated survivor guilt and PTSD in children and mother survivors of domestic violence, as well as sexual assault. She worked as a research assistant at the University of California, San Francisco and the San Francisco General Hospital. Zena earned her M.A. at Northern Illinois University in 2019 and anticipates earning her Ph.D. in 2021. Her graduate clinical experiences include working with clients across the lifespan at NIU's Psychological Services Center, two private practices, and the probation department at the DeKalb County Court Services.

Zena is originally from Damascus, Syria, where she grew up, and her research interests in trauma originated from the war that has been going on in Syria since 2011. After coming to the U.S. to pursue her education, her passion for studying survivors of trauma, particularly refugees of war, has grown. Zena is now interested in examining risk and resiliency factors predicting well-being after exposure to trauma, as well as the development and application of multicultural trauma-treatments and more general treatments for minorities. 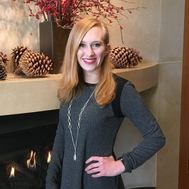 Email: amielock1@niu.edu
Curriculum Vita
​
Alyssa is a third-year doctoral student in the clinical psychology program at Northern Illinois University. She earned her B.A. in Psychology with a minor in American Sign Language in 2015 from the University of North Carolina at Greensboro. Her undergraduate research experience focused on schizotypy and memory.


Following graduation, Alyssa became a research assistant at Meharry Medical College in Nashville, TN. She was the study coordinator for multiple studies such as a longitudinal study investigating the physiological impact of recent traumas on young women and a yoga intervention on adolescents with tension-type headaches.

Alyssa’s current research interests are focused on trait affect and social stress in the moment impacting daily Posttraumatic Stress symptom severity. Alyssa also loves spending time outside camping and hiking and traveling when she can! 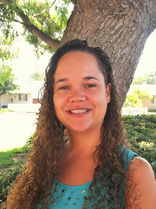 After receiving her B.A., Diana continued her education and earned her M.A. in General Experimental Psychology in 2017 from CSUSB. Her Master’s thesis focused on female-perpetrated intimate partner violence among college women.

Diana’s overarching research interests are interpersonal violence, trauma, and resiliency. Specifically, her interests include identifying and understanding cognitive and behavioral factors that contribute to intimate partner violence and sexual assault (e.g., emotion regulation, attachment insecurity, substance use), as well as the psychosocial factors that lead to the positive and/or negative trajectory of recovery from such traumas. 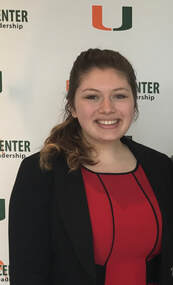 Email: kleonard@niu.edu
Curriculum Vita
​
Kyla is a second year doctoral student in the clinical psychology program at Northern Illinois University. She earned her B.S. in Psychology with minors in Biology and Education & Psychological Studies from the University of Miami. Her undergraduate research focused on the social-cognitive development in infants and the risk/protective factors for sex trafficking.

Here at NIU, Kyla’s research and clinical interests focus on interpersonal trauma, particularly sexual assault, and posttraumatic stress in women.  She is currently researching how sexual assault can impact later sexual satisfaction and the role of experiential avoidance in survivors of child abuse. 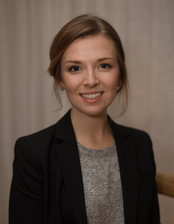 Email: rkiefer@niu.edu
Curriculum Vita
​
Reina is a first-year doctoral student in the clinical psychology program at Northern Illinois University. She earned her B.A. in Psychology and B.S. in Dance from Skidmore College in Saratoga Springs, New York. Her undergraduate research focused on early childhood development, hemispheric lateralization, and negative emotion.

After obtaining her undergraduate degree, Reina began working as a clinical research assistant under the supervision of Dr. Mark Zimmerman at the Rhode Island Hospital Methods to Improve Diagnostic Assessment Services (MIDAS) project. There, she managed databases focused on depression, anxiety, and trauma; functioned as a utilization reviewer; and conducted diagnostic assessments (Structured Clinical Interview for DSM-IV, SCID-IV) on patients in the adult partial hospitalization program for mental health.

Reina’s broad research interests lie in examining the effects of interpersonal trauma on adult pathology. More specifically, she is interested in studying the development and maintenance of posttraumatic stress disorder in individuals exposed to varying degrees of sexual trauma across their lifetime. As a graduate student, she looks forward to investigating how early childhood trauma affects risk-taking behavior and resiliency in adults.